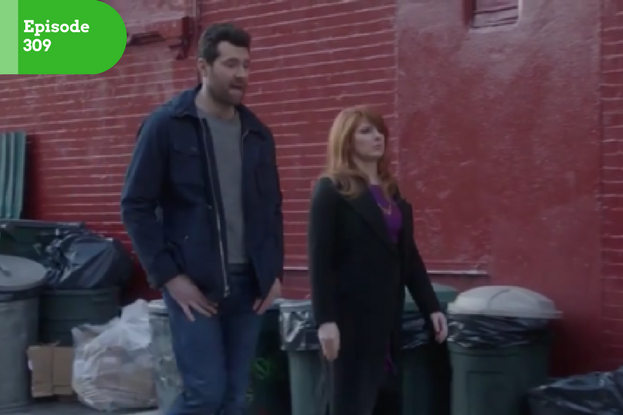 **This recap contains spoilers so read at your own peril. Your best bet is to watch the episode first, then come back here.**


Billy and Julie eye other people’s “fancy shoes” stored in the cubbies at a hipster bowling alley’s shoe rental counter. Julie’s looking forward to walking the red carpet for her student film from 2012. She settles on stealing someone’s Louboutin’s. 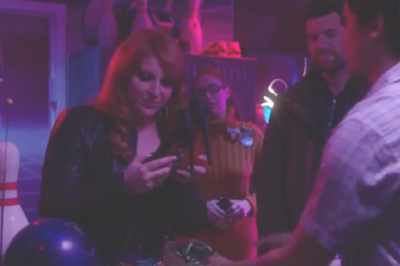 At the premiere, Julie’s very disappointed to see there’s no red carpet and it’s basically some folding chairs set up in front of a tiny movie screen in a bar. Arthur’s still excited for her.

Arthur’s new job responsibilities have him stressing so Julie mentions if she gets her big break, she’ll be the bread winner for a while so he can kick back and relax. “I’d love it,” he says.

After the movie, Julie declares, “The movie and I were equal in our awfulness.” 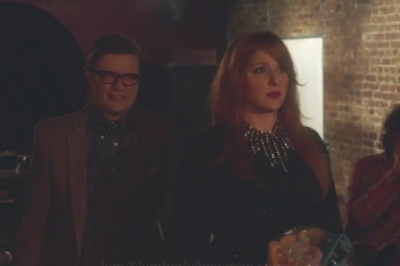 Julie calls Billy at the café because she’s bummed she has to go to an audition not high, because her drug dealer went to prison. But lucky break, he left a bunch of tiny baggies behind, which Julie is going to make into “dream baggies,” for her new Etsy store.

“Whisper your desire into these dream baggies and watch them become fully realized.” #bridesmaids. 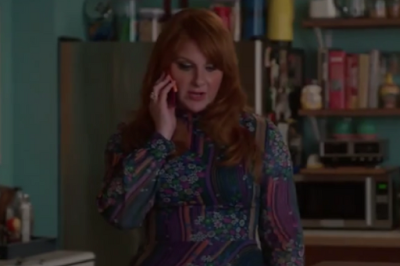 At the cafe, Lola asks Matthew or Billy to finish brewing the sweet tea because she’s gotta go meet her sorority sisters at Sugarfish.

At Marilyn’s, she’s having trouble concentrating on writing because her mind keeps wandering, “Do I have an original though in my head?” and “I miss gauchos,” and “My slender ankles are wasted under these slacks.”

She calls into a radio show and repeats the winning phrase that pays, “I just won 4 tickets to see Barbra Streisand and her dog perform in concert tomorrow night!” 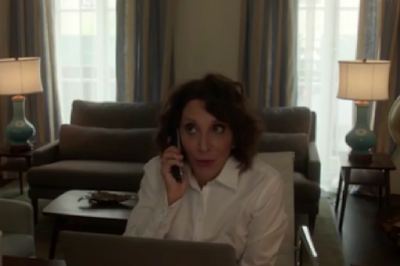 At home, Arthur’s listening to the viewer comments on the PBS voicemail and taking notes. He hates it.

Julie’s Etsy store is taking off and now she’s getting special requests for menstruation charms and fertility amulets.

Marilyn unexpectedly shows up at their place because she wants to see Julie’s face when she tells her “we’re going to see Barbra Streisand duet with her dog tomorrow night.”

She tells Julie that since she won 4 tickets, she Julie can invite Billy and a date. Arthur speaks up, “Hello, Marilyn, I’d love to go.” 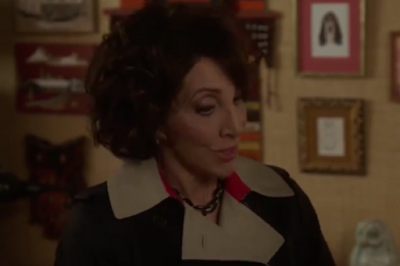 On the subway, Billy’s trapped on the train with a crazy who’s preaching about the perversion of homosexuality.

A guy, played by Jeff Hiller, stands and tells him, “You, sir, are full of hate. Prepare to be drowned out.” He proceeds to sing at the top of his lungs.

Another rider yells at him for misappropriating the song from Leslie Uggums.

Another rider announces she’s a performance artist who’s about to release a bunch of crickets so she can videotape their reaction.

And she does. If you’ve ever been on the train in NY, this is not far from reality. Billy yells, “I am so f*cking over New York!” 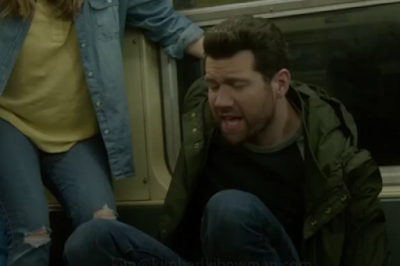 At Julie’s, Billy wants to know why Julie blew off her audition. She got “really into embroidering these amulets.”

Turns out, her student film made her realize she’s not very good. She’s tired of trying to be famous.

Arthur storms in, telling them, “I quit PBS!” 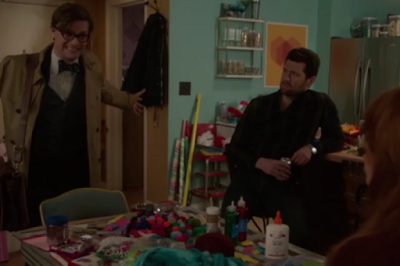 Lola’s at the café with her sorority sisters, warning Blythe not to eat too much before the ayahuasca  ceremony.

Marilyn, Arthur, and Julie come in to pick up Billy for Barbra and Barbra’s dog concert. Lola comes back from the kitchen with a pitcher of the ayahuasca, “buckets for vomiting, yoga mats for lounging, palm fronds for waving,” and a ThunderShirt for her friend Wendy, in case she freaks out again.

She sets the pitcher of ayahuasca down and Matthew picks it up. 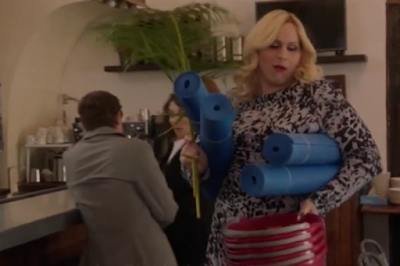 Matthew takes a big gulp of “sweet tea” and wonders why it tastes so funny.

Billy tastes it again, then Matthew, then Julie, then Arthur, then Marilyn again, who finishes it. 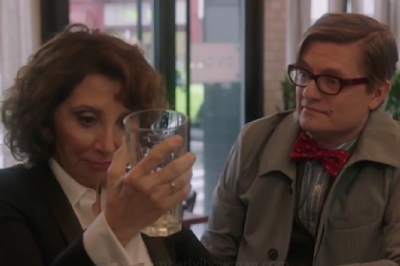 Lola becomes infuriated when she realizes they drank her $1100 ayahuasca. She storms out, sisters in tow.

Marilyn calls the police and tells them they’ve all taken ayahuasca, but Julie hangs up the phone before they get all the details.

On the street, Lola and her sorority sisters (Sigma Delta Burqa or Burke-a, not sure which) decide to go back to the café to guide them on their long, strange trip. 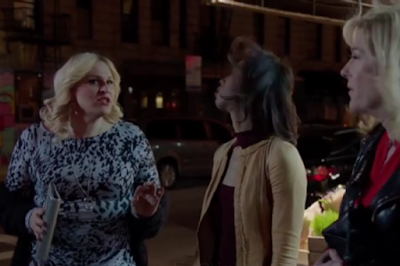 At the café, Marilyn, Julie, Arthur, Billy, and Matthew lie on the yoga mats sweating and tripping as Lola guides them. 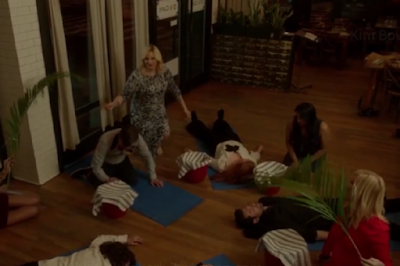 Arthur violently vomits into a bucket, just before his hallucinations kick in, which of course, are in black and white.

He’s at his desk, listening to PBS viewers complain, then his hallucination turns into The Big Lebowski hallucination. Julie wanders in looking like Julianne Moore. 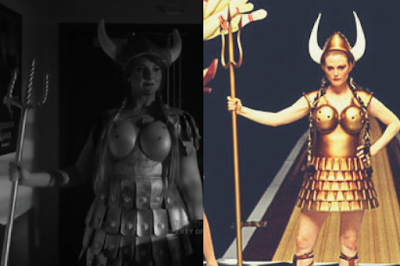 Arthur stands up, and he’s dressed like Jeff Bridges from The Big Lebowski.

They completely re-enact the hallucination scene, dance number and all. Except instead of a bowling ball, Arthur and Julie hold an answering machine. 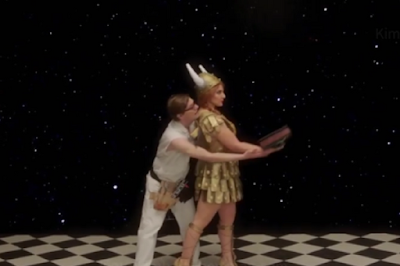 Arthur realizes his job doesn’t matter because he just does it to take care of Julie. Again, he vomits violently into his bucket.

Marilyn sobs uncontrollably into her yoga mat. Then her hallucination kicks in.

She crawls into a tunnel, à la Being John Malkovich and finds herself in a fancy restaurant full of, you got it, Marilyns. Everything on the menu is called Marilyn.

The waiter, Marilyn, presents her with her book, called Marilyn Marilyn. You get the idea. She goes back to sobbing.

Matthew waves to everyone then he starts to hallucinate. To be honest, I don’t know if/what his hallucination was referencing but it was very Matthew.

Everyone vomits violently into their buckets.

Lola and her sisters all decide to go see Chicago just as Billy starts to hallucinate. He’s in The Odd Couple (an awesome 70s TV sitcom all youmillenials should binge watch on Hulu ) as himself and his roommate is New York City, played by Dave Attell. 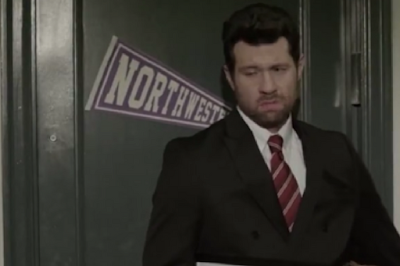 Billy and New York argue with each other because they’re SO different.

Then, Billy stumbles upon Julie and tells her that she’s in his hallucination but she corrects him, telling him he’s in HER hallucination.

Julie’s hallucination is a music video about herself. The two versions of herself: the jaded, cynical Julie and the new Etsy shop pipe cleaner-loving rainbows and sunshine Julie. 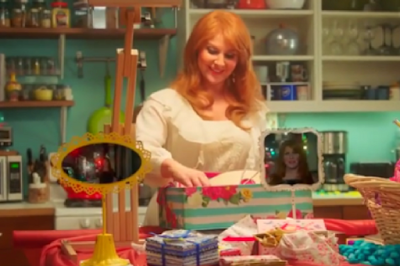 Cynical Julie chokes Etsy Julie with a string of giant beads, then stabs her with a pair of crafting scissors, screaming, “Die, you dumb, happy bitch!” just as she comes to. 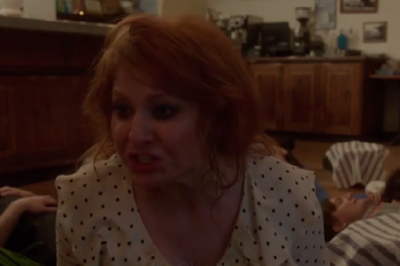 After they both finish tripping, Julie and Billy wonder if their life paths are valid.

Julie decides to stay in New York and pursue her comedy career.

Marilyn and Arthur come to the next morning and walk out of the café hand-in-hand.

Julie goes to, what she thinks, is the audition she blew off due to crafting the day before and gives a passionate speech about acting and how she’s going to continue to pursue comedy.

It turns out to just be an office full of suits sitting in cubicles watching her pour out her heart to them.

At PBS, Arthur tries to intercept his “I quit” voicemail on the work answering machine. He rips the tape out of the machine and shreds it (notice he's wearing the ThunderShirt - poor thing). 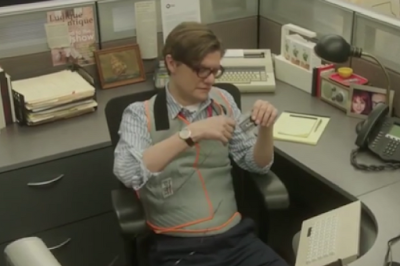 Julie throws all her craft supplies into a dumpster while Billy discusses his L.A. apartment search.

It’s going slowly because he had to send the apartment search company a link to his IMDB page and 7 references, 2 of which had to be from Scientologists!

- Julie: Etsy’s a cult.
Billy: Except with arts and crafts instead of group sex. So basically, camp - the worst cult.

- Julie: Looks like the only red carpet I’ll be seeing is the one I paid somebody to wax off this afternoon.

- The cover of the New York paper Billy is reading on the train: Rachel Doleziack “I’m Chinese Now.”

- Julie re: herself: We don’t need another C+ actress. We have Lea Thompson.

- Marilyn describing Julie to the police: Did you ever see the nosy neighbor in Small Wonder? Well, picture her today 40 years old with a spotty sexual past.

Did I leave anything out? Let me know. Until next week....

Speaking of next week, it's the finale! Per Hulu, here's what we can look forward (can you believe it's already over?!):

*All photos courtesy of Hulu, unless otherwise noted.